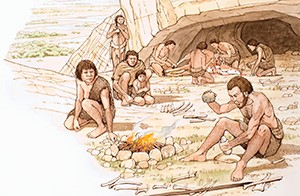 Nobody knows exactly when humans first discovered lime. Perhaps ancient occupants of Earth used limestone rock to protect their fireplaces. Fire heated the rocks and the first burnt lime was created. It then rained and the lime slaked into calcium hydroxide, which reacted with the ashes and sand around the fireplace creating the first ancient mortar. Lime foundations in eastern Turkey show that this was already being used 14,000 years ago. Earlier still, the Lascaux caves in France feature frescoes of natural iron oxide pigments applied to damp cave walls of high calcium content (limestone) dating back as far as 16,000 years.

The ancient people who lived in the area that is now Jordan, made a plaster from lime and unheated crushed limestone to cover walls, floors and hearths in their homes.

The Egyptians tanned their skin with lime and built one of the limestone wonders of the world; the 137 m high Cheops pyramid.

The Chinese built the 2,500 km Great Wall by stabilizing the soil with lime and used lime mortars to cement the stones together.

Alchemists discovered the caustic properties of lime and created a soap based on wood ash. The Lhoist logo recalls the alchemic symbol for lime.

Lime was widely utilized throughout Europe as a plaster and paint décor, and it served as a principal building material for homes. 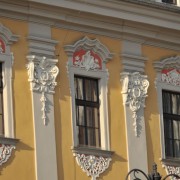 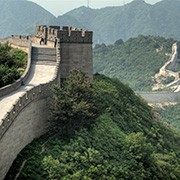 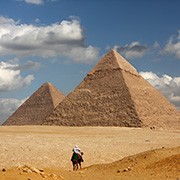 In southeast England, artisans applied decorative lime plaster to the exterior of timber-framed structures. During the Renaissance, lime made a revival in the plastering and painting arts.

Lime usage increased coincident with evolutions in building and construction, as new processes for creating different types of structures and finishes were developed.

The Scagliola technique came into fashion as an effective substitute for costly marble inlays. It comprised a pigmented mixture of lime dust, marble or scale. It was also used to create building facades, stucco columns, sculptures and other architectural elements that resemble marble.

Black and Lavoisier described the chemical reaction of lime. Debray and Lechatelier discovered others qualities and applications. For example, limestone was included for the first time as an ingredient in toothpaste.

The proliferation of new innovations, especially the birth and rapid development of technologies, broadened the use of lime. Today, we encounter lime or the results of treatments involving lime in one form or another at just about every minute of the day. 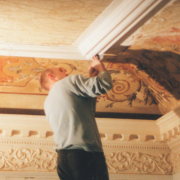 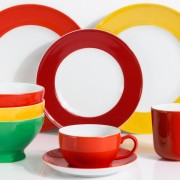 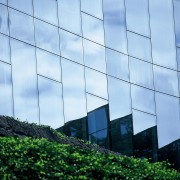 How was the lime processed?

Today, the lime industry makes use of modern and best-available technologies to limit energy requirements, meet strict emission regulations and allow multiple quality requirements from various markets to be met.

The video shows a traditional lime kiln, operated in campaign mode, by village people. This traditional production has become rare but is still be observed today in some countries. All steps were performed manually; stone sizing, kiln charging, fuel injection and lime discharge, always to serve local needs. Production was not continuous, but was carried out in batches. As you can see, it was extremely difficult to yield lime in safe conditions, without polluting the atmosphere and with a minimum stable quality. The lime industry has made tremendous progress in all domains over the last century.

In the 1870s and 1880s, more efficient kilns were built from patented plans which could receive continuous feeding of fuels. They produced fist size lumps of quarried limestone.

Lime processing has become ever more efficient, with new ways found to lower fuel consumption and make better use of deposits. This is an ongoing process. Lhoist is deeply involved at sector level with the design and development of new technologies and processes, especially those that can help reduce the environmental footprint of our industry.